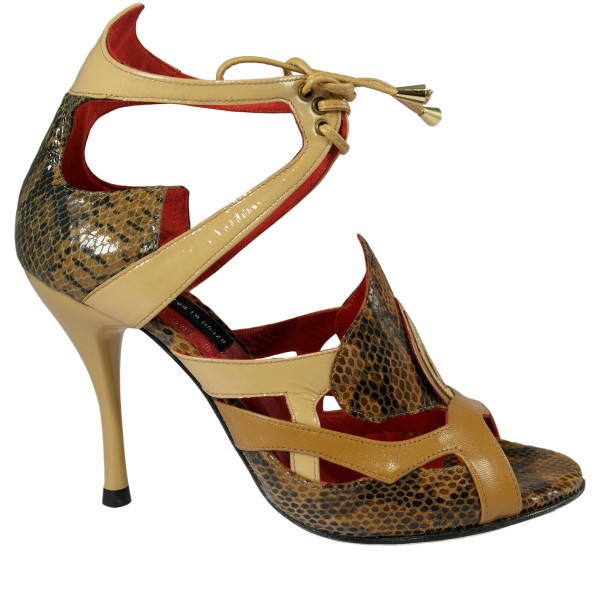 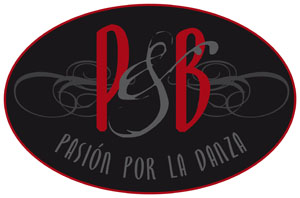 Porteña & Bailarina style 932 - Paquita - here in brown-beige or red-black shades, is "haute couture" among the dance shoes. An extravagant model with good cushion between insole-lining and dance sole (non-slip suede) and lacquered, resistant heel 90 mm. This style impresses with its unusual cut with many details

We remember Francisca Cruz Bernardo ("Paquita" 1900 - 1925). A little girl with round eyes and auburn hair. As a little girl, magically attracted to barrel organs on the street and gramophones, she attended a music conservatory, which was runned by the neighbor. There she shared lessons with 14-year-old José Sevidio (who wrote the famous tango "El bulín de la calle Ayacucho" years later !!). It was probably her motivation that she started practicing bandoneon in secret - a still mysterious instrument at the time, practically unthinkable for a woman to play it, as it is necessary to open the legs, to play it. Supported by her brothers, she revealed her plans to her father, who of course could not allow his well-behaved daughter to learn an instrument for which she had to open and close her legs. But her decision was made, and in 1917 the father finally gave in. None other than the young Pedro Maffia advised, oriented and helped her to become the first great woman bandoneonist with great artistic importance. Her professionalism made her self-taught. At least one of her brothers always was present  in her performances, who had to bring them home before 1:00 am. She never wore pants, but spread out a large blue embroidered fabric, on which she placed her bandoneon. In her first orchestra, the "Sexteto Paquita", the at this time 14-year-old boy Osvaldo Pugliese played the piano. Paquita was not yet 21 and not only filled the Café Dominguez (first 24-hour café in Buenos Aires on Calle Corrientes) with her orchestra, there were even crowds on the street for which there was no more space that the traffic couldn't get through and the police had to sort everything out. In the Argentine autumn of 1925, shortly before her 25th birthday, Paquita died of severe pneumonia ... after just once she went in a weekend with a girlfriend in the countryside and got a flu.. Till that time she owed all her time just to Tango and her Bandoneon... she should have stayed at home !!!

This article is sometimes  an order article - 88 handcrafted movements take about 4 weeks if your size is not in stock - but it is worth waiting because you will be envied for this tango shoe ...